None of us want to just “exist” in life. Love is what makes life worth living. February 14th is Valentine’s Day. It is promoted to be a day you acknowledge your significant other. A lot of people say that this is a commercial holiday. That being said…Shouldn’t we celebrate Valentine’s Day every day? We only get one go around at this thing called life. Be happy in the moment. Make the choice to give your love freely with no holding back. You will be rewarded 10 fold. We asked some of our Facebook fans how they met the love of their life. Here are some of their answers, along with ours.

Sue H: We met long distance-Idaho and Texas. Physically met in February, 2007 and married 4 months later (after only seeing each other face to face 23 days!) Almost 14 years later….!!!

Jeanine L: After 7 years of being single I had finally given up on finding my true love. I was at the old Sunshine Lounge on Curtis when I spotted an incredibly handsome grey haired man at the bar. He saw me, came over and asked me to dance. We danced all night and when the bar closed we met up for breakfast, I gave him my phone number and went home. The next day he came over to my house and almost every day after that. I found the love of my life that night and we were married two years later. Basically, I got picked up in a bar and have thanked God every day since that night!

Willia Z: Oh my, what a story to be told. 30 years ago I was lying on my friend’s bed in Nampa flipping through his yearbook. My friend from high school (girl) was teaching him out to steal a street sign in 60 seconds. (Now I never said I was a good kid). I saw my husband in the yearbook and recognized him from running into each other over the years. My friend told me about him. Us girls left and I dropped my friend off at her house. My other friend was at my house and we called him (lied about our names). Him and his friend came over on his motorcycle and hung out in my yard. After that he would come to K-Mart (where I worked) to talk. I knew on day three, I was going to marry him someday. Funny thing on day three he told his friend he was going to marry me someday. True love just knows!!

Connie H: Think I was about 2, he was 3. My mom babysat him. Been friends ever since.

Joy T: Dance lessons at the Buffalo Club in Boise

BARBARA K: CHRISTMAS EVE 1976 WE WERE THE ONLY ONES AT THE PARTY NOT A COUPLE. A BLIND DATE. GUESS IT WORKED AS WE GOT MARRIED AND IT IS 43 YEARS THIS MARCH. COMMUNICATION /LISTENING IS VERY IMPORTANT AND BEING THERE FOR EACH OTHER THRU ANYTHING THAT COMES YOUR WAY. ***BUT MAYBE A TRIP TO HENDRICKSON’S IS DUE AS HE SLIPPED THIS ON MY FINGER TODAY FROM HIS CARMEL APPLE.

Sarah Eshelman: Dean and I met close to 26 years ago. I have been a jewelry store owner since 1993. With both of us being in the jewelry industry, it feels we have “always” been business associates, friends even. Let me explain…He made custom jewelry for my business. This was not something that I told anyone because we were competitors too. I visited him at his store 1 to 2 times per week. He always made my visit fun with his crazy sense of humor. Then about 5 years ago, he asked me out on a date. I didn’t really see him that way because we had been friends for so many years. We went to a movie and he reached over and put his hand on my leg. I was shocked, to say the least. I whispered to him “Don’t even think about it!” Now we look back on that day and laugh.

Jade Hendrickson: I met Myles in 2013 when I started working at Idaho Pizza. He was my supervisor and we were both in a relationship. We became friends and all 4 of us would always go play pool or catch up and just hangout. A few years go by and he found another job and I moved up to become Manager. We fell out of touch until a couple years later he applied at my store and by now we are both single. He asked me to dinner, 3 years later and a promise ring he still does ♥

Bryce Hendrickson: Dan and I started talking on a dating app. My first question was “What is your favorite color and what is your quest?” trying to be cute with a movie quote from Monty Python and the quest for the holy grail. He did not get the reference so I tried for another movie quote from Miss Congeniality “describe your perfect date?” and instead of saying April 25th he spouted out something romantic about table rock and sharing that sunset moment with a person. I was disappointed that the second quote went over his head but I was hooked. We set a date for this perfect date. About two days before our table rock date he called me and said “my brother told me not to go on a date with you at table rock because I have never met you and you might try to kill me up there.” This totally made sense. It just happened that that night I was going downtown with friends to drink. Dan said he would be going down town also with his friends so we will just go to the same bar. This was before covid so we were barhopping all over the place. Dan and his two friends meet up with me and my ten friends. Dan was very quiet but a blast. At one point while dancing all of our friends had left and neither of us had noticed. After a few songs we finally left the dance floor to go find them. We went to a few more bars and then Dan and his friends got in an Uber and went home. Two days later we had our Table Rock date. It was not quite the perfect date we were expecting but that is what you get for planning a picnic dinner in the middle of March on top of table rock in Idaho. We were freezing trying to stay warm wrapped in a thin blanket I brought to sit on and watch the sunset. Once it set we said good night we got in to our separate cars turned on the heater and ate our sandwiches with one car parked in-between us, us both thinking the other has left… 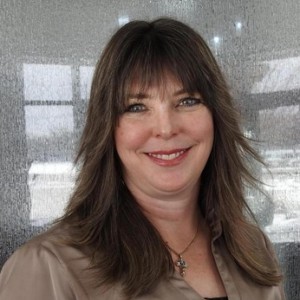